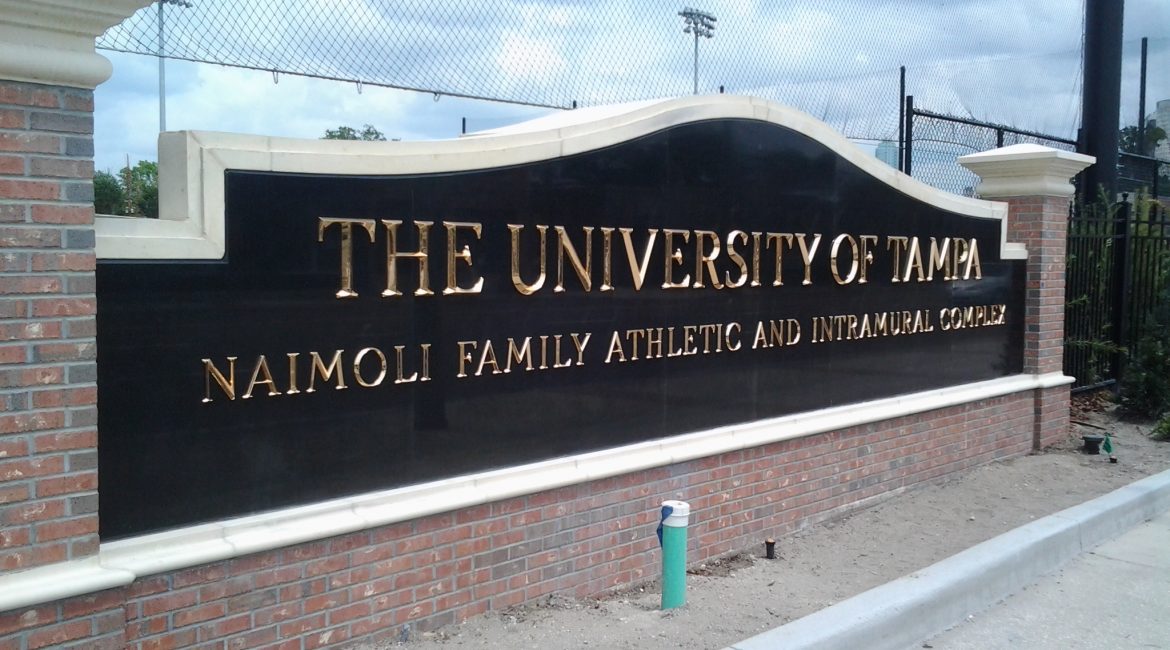 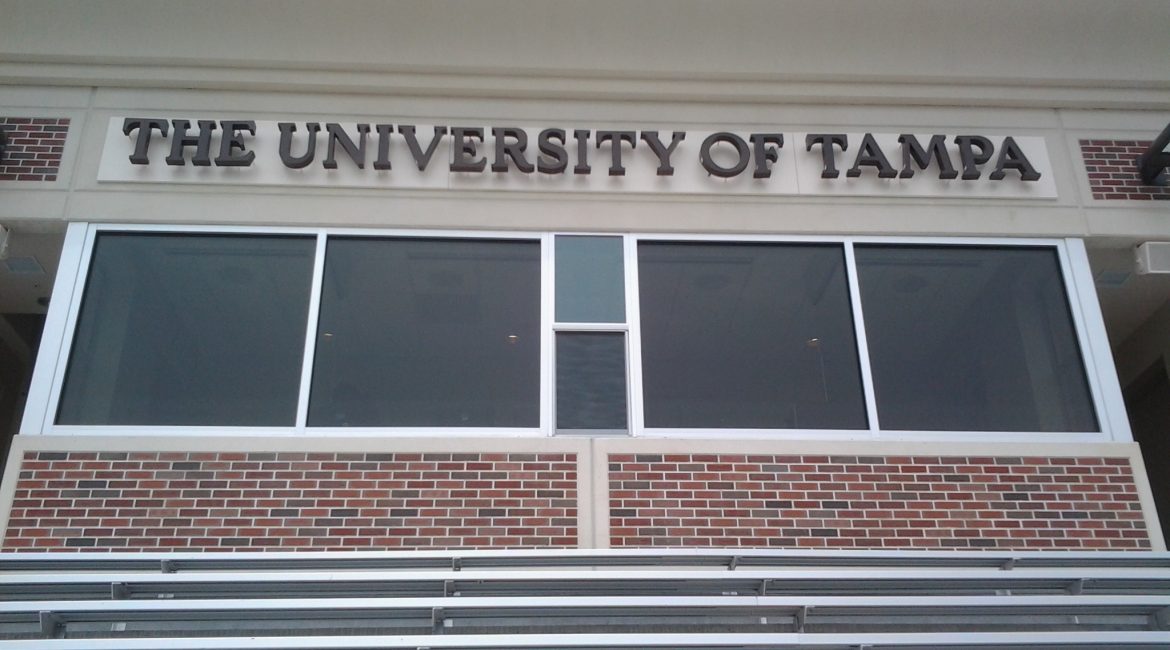 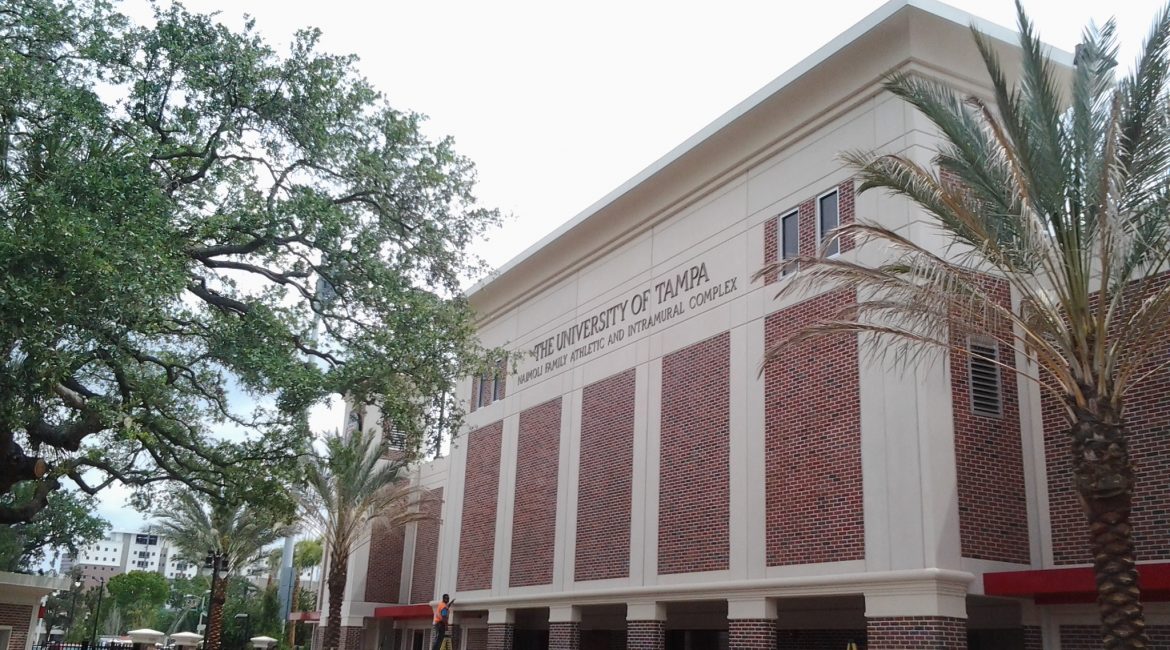 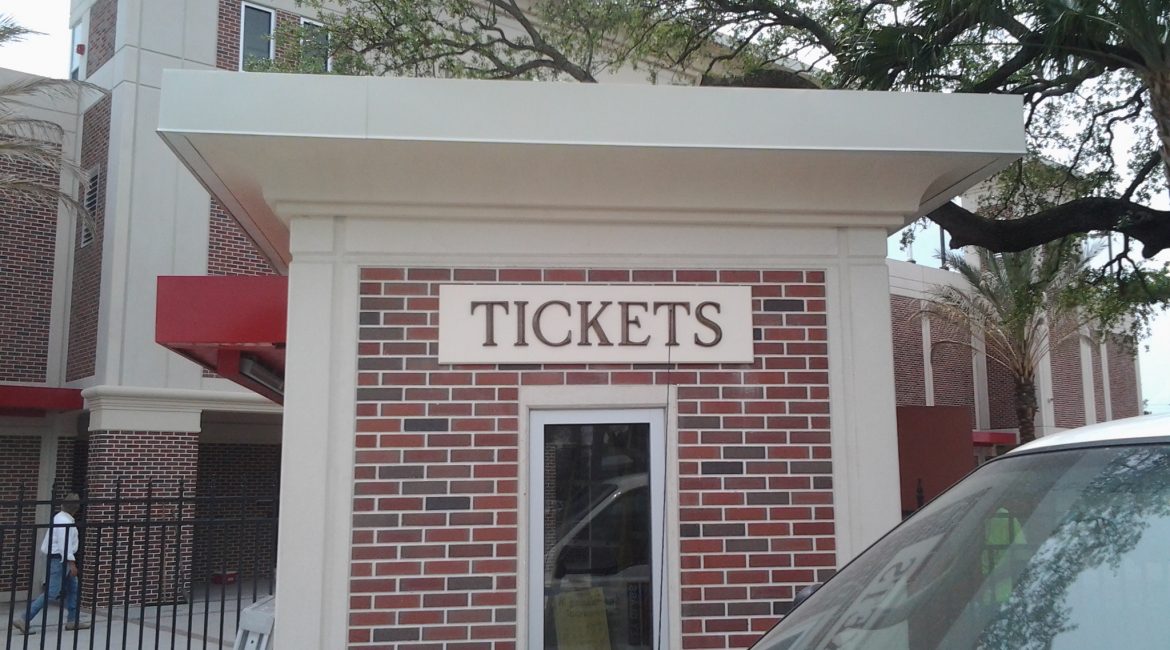 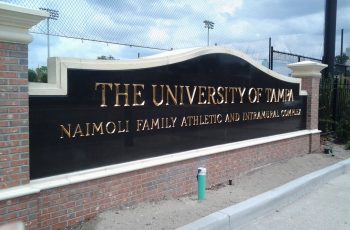 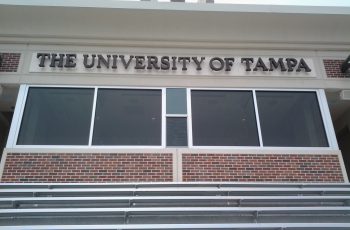 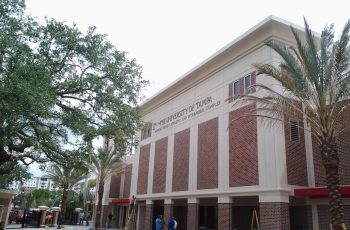 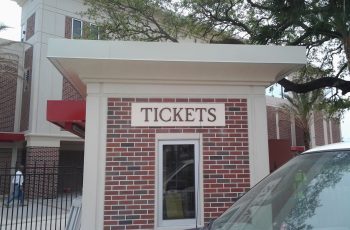 Creative Sign Designs worked with The University of Tampa and RR Simmons to complete the signage for its new stadium. The signage included LED illuminated logos, that really light up the stadium at dusk, a non-illuminated logo medallion on the stadium gate, and stadium identification signage.

Prismatic cast bronze letters were used for the stadium and ticket booth identification, as well as, for the lettering on the nearly 27-foot monument that sits on West Kennedy Blvd. A zinc material was used to fabricate the stadium’s ADA signage, to give it a more high-end appearance, and Creative also coordinated the installation of the stadium’s scoreboard.

Creative is committed to its partnership with The University of Tampa and for the opportunity to be a part of this landmark project. 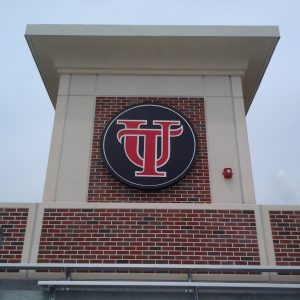 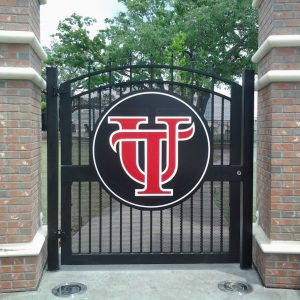 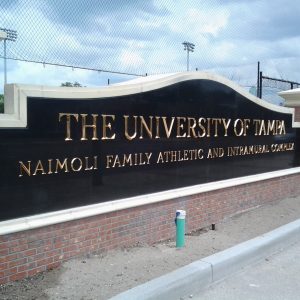 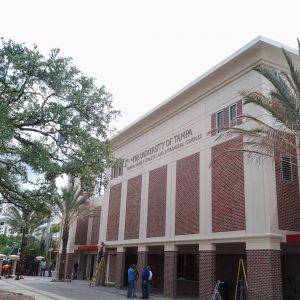