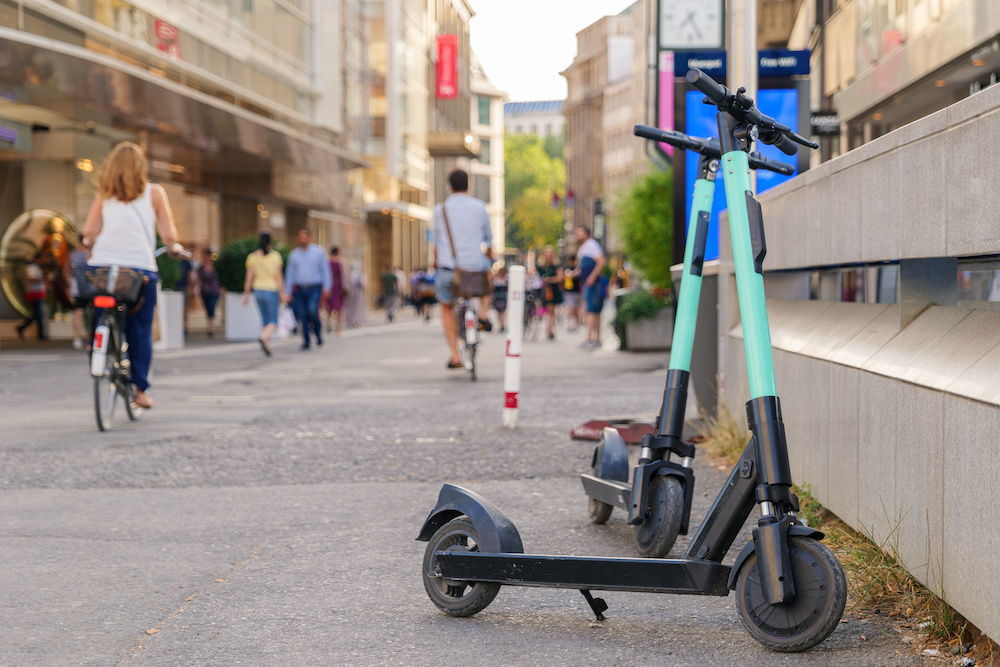 Most people don’t realize it, but urban wayfinding plays a major role in how we experience a city.

New visitors and tourists get their first impressions when they drive into town or begin to navigate on foot. Easy navigation and clear signage can help drive customers toward top businesses and attractions. And, residents who have called the city home for several years can use wayfinding to learn about new places and understand changing traffic patterns.

As cities continue to evolve, urban wayfinding is also changing – and growing for the better.

We continue to learn what helps people find their way and how urban wayfinding can create a welcoming, positive city experience. Check out these top four trends that are changing how we navigate cities.

1. Data Collection and The Internet of Things

Urban wayfinding is based on research and data. With the rise of smart cities and the Internet of Things (IoT) sensors, cities are able to collect more data on how people navigate their cities and what they need for improved wayfinding. Many tech startups have developed ideas and plans to reduce city traffic through IoT technology, proving the power of data for helping city officials create a navigable city.

Historically, cities would conduct in-depth studies into what the residents of a city wanted for their wayfinding. Planners would look at how people moved around the city and upcoming trends to prepare for. Now, today’s city planners don’t need years to develop wayfinding plans. They can move fast and implement wayfinding solutions much quicker.

The e-scooter craze has taken over cities all across the country. Bird first launched its e-scooter business as an affordable option for short-distance travel in September 2017. By January 2019, more than 90 US cities had e-scooter sharing options. While 5 million units of e-scooters were sold in 2018, the projected global retail sales of electric scooters and bicycles are expected to reach 50 million in 2020.

This is astronomical growth for a city-travel tool, and cities are scrambling to keep up with the right wayfinding needs.

The rise of e-scooters (amongst other changes in transit through tech) means cities need to consider the identity of the city along with finding wayfinding solutions. How can a city guide e-scooter drivers and inform them about the rules of the road without losing the feel and branding that a city works for? What sorts of kiosks, signage, and guides are needed to catch people’s attention and convey information?

Similar wayfinding problems arose with the use of ride-sharing like Uber and Lyft or bike-sharing programs found in several cities. All of these tech trends only rose in popularity in the past five or so years. The need for fast-acting city planners is higher than ever to create wayfinding that is helpful in the modern age of constant change.

More people than ever are starting to value walkability in the cities they live in. Visitors enjoy getting a feel for a city by exploring it on foot, while residents can run down the street to grab a bite for lunch or walk with their kids to and from school. In fact, when Forbes created a guide for the top places for people to live, it included the city’s walkability rating alongside valuable insights like diversity, tax rates, and median home prices.

Urban wayfinding and walkability go hand-in-hand. While pedestrians care about cleanliness and safety on their walks, they also want to know where they are going. Clear stoplights and crosswalks can help with this, along with street signage guiding people down walking paths.

Boston’s Freedom Trail is a strong example of a city taking pedestrian wayfinding seriously. The Freedom Trail is a collection of museums, churches, houses, and landmarks throughout the city. Visitors can follow the guide to learn about America’s early history. The city of Philadelphia also uses clear signage to guide visitors to the Liberty Bell, Independence National Historical Park, and other important locations.

These two cities are popular for domestic and international tourists, so clear signage is important for creating a positive experience and keeping these guests safe.

Urban wayfinding isn’t just a cosmetic tool that guides tourists. It has become an essential tool for cities that are crowded and need to rethink how residents use local transit. Transit signage is essential, from labeling parking garages to guiding drivers toward various roads and locations. Even a resident that has lived in the city for years can get lost or accidentally turn down a one-way street without the right wayfinding signage.

Wayfinding has become essential for cities that are changing. Several cities that have seen significant population growth over the past few years, like Austin, Texas and Orlando, Florida are having to contend with millions of more commuters outgrowing existing infrastructure. This creates significant congestion problems.

Not only do these cities need to direct drivers, but they also need to promote public transit options and make more eco-friendly options seem more appealing.

Clear and illuminated signage and lighting can make a bus or tram stop seem more welcoming, encouraging residents to choose those options over their cars. This can guide residents to change their behavior and reduce congestion by opting out of a car-based commute.

As more cities invest in wayfinding, they are seeing how residents can have a better commute and how visitors can better understand the layout of a city. From kiosks at a bike rental stops to signage for pedestrians visiting historic landmarks, navigation has never been more useful or critical.

With thoughtfully planned signage, lighting, and architectural elements, a city can grow its tourism and help residents travel more efficiently while driving them to explore new areas of the place they call home.

At Creative Sign Designs, we specialize in providing wayfinding solutions and helping cities better connect with residents. Contact us today to learn how we can help you.